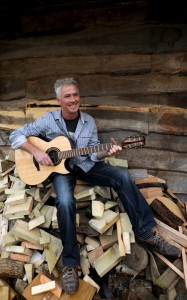 I have been building things back as far as I can remember, but it properly started when I was about 9 or 10 years old.

After the usual 'Lego' and 'Meccano' sets I quickly progressed onto 'Arfix' model aircraft, but quite soon got very frustrated when I realised that no amount of encouragement (even with petrol and attached to a zip wire from my bedroom window) would make them fly!
It was fairly soon that I discovered balsa wood 'chuck' gliders in packets from the local toy shop and within a week or so, me and my little brother were firing them from home made elastic band catapults high into the sky.
At about 12 and after making scores of balsa kits, I had started to buy balsa boards, spruce spars, tissue paper, nylon sheeting and all sorts of other goodies (paid for doing newspaper rounds).  I was soon designing and experimenting with my own aircraft and very quickly moved onto powered aircraft with real miniature engines.  At the same time, me and a bunch of friends were into making box carts (trolleys as they were known to us) and racing them down what we called 'The Big Hill' (just a steep road with a sharp bend at the bottom).  Old 'Silver Cross' prams were a prize acquisition for their wheels and axles, the steering was achieved with a thin plank attached to the front axle and a simple bolt and washer arrangement, with some of mum's washing line for a pair of reigns.  Dad's garage was brimming with tools of all sorts and he had a nice stash of wood stuffed in the roof rafters.  He was very encouraging in letting me experiment with the making of almost anything I dreamed up and his only proviso was, 'if you use any tools, always put them back where you found them'.
Sometime in my early teens, I got into Jimi Hendrix in a big way and decided I should make my own electric guitar!

The guitar I chose to build was a copy of a  Gibson 'Flying V' and was made just by what I had seen and retained in my head.

I had no plans, no idea of scale lengths and playing action at all, it was just cobbled together from a long plank of solid oak.  As you can imagine, the guitar weighed a ton, looked like nothing on earth and probably played dreadfully out of tune up the neck, but I thought it looked great in maroon spray paint (the same colour as my dad's Triumph 2000) and sounded amazing played through a cheap nasty 70's Woolworths amp, I was so easily pleased back then!
Thirty years after making that flying V, I decided to make a proper electric guitar, one that looked good and played well all the way up the neck.  I studied hard for almost a year by reading everything I could get my hands on, talking to other makers and registering with all the instrument makers forums I could find.  The tone-woods were selected and the guitar built in about 3 months, it's still in my possession and is now about 15 years old, it will hopefully be passed down through the family and could last forever!

I now concentrate mainly on making fine acoustic steel string guitars with great emphasis on the choice of tonewoods and superior craftsmanship not found in factory guitars.

I have a dedicated well equipped workshop for the making of all my guitars which is based in Lingfield, Surrey, 10 minutes from the M25.   I have also have undertaken many scores of guitar repairs, set ups and restorations.